The Idiot Ball: NPCs and challenge

In RPGs, there is always the question of just how much of a challenge any given NPC should be. Ultimately, most GMs want to see the players succeed in their mission, but they also don’t want to make it easy for them. If something is too easy, it isn’t any fun – there’s no tension, no suspense, no mystery whether or not success is iminent. Likewise, too hard is just as much of a bummer – nobody likes getting their butt kicked. Oh, and then, just to make things more complicated, nobody likes everything to be a challenge all of the time – it makes the game exhausting, and undermines the ‘awesomeness’ of the PCs which is the bread and butter of so many RPGs.

Then, of course, there are the GMs concerns regarding story. As anyone who has played in one of my games will tell you, I am really into story. Indeed, I think story is more important than almost everything else (well, except ‘players having fun’). I want things to make sense, push the plot forward, create conflict, and be believable. This applies to my NPCs, specifically. If the players are up against the King’s spymaster, he should be a pretty sneaky guy. As my improv training taught me, I want to behave ‘at the top of my intelligence,’ and therefore I will make him as sneaky as I can, since the King’s spymaster is probably going to be a very capable. It makes sense, it fits with the story, and it will give the PCs a wonderful sense of accomplishment when they finally defeat him.

That is, unless they don’t or can’t. There have been many times when PCs haven’t seen the traps I’ve laid out or have shown remarkably little curiosity regarding the doings and capabilities of rival NPCs, and, as a result, find themselves blindsided, outmaneuvered, or even killed. This has occasionally resulted in players being disappointed or even angry with what happened, and this is a terrible thing – people should be having fun. This is a game we’re talking about, after all.

In fiction, there’s a device called ‘the idiot ball’. It’s primarily a derisive term for inconsistent plotting, and it refers to the times when various characters in a work behave more stupidly than they should for the purpose of moving the plot along or enhancing tension. 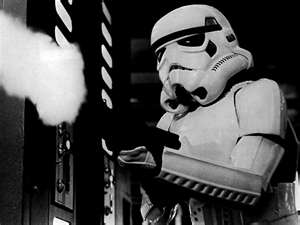 Empire of Star Wars. So long as the stormtroopers aren’t shooting at people with names, they’re pretty damned dangerous. As soon as they start blasting away at Han or Luke or Leia, they’ll be damned lucky if they score a glancing hit. The reason for this is obvious – you can’t have your main characters getting blown away every time they run into tons of Stormtroopers. The entire Death Star escape sequence in Episode IV would be impossible were that the case. Rather than make Han and Luke and Liea more intelligent, however, they make the Empire stupid. While this is happening, the Empire is said to be ‘holding the idiot ball’.

In RPGs, the idiot ball is what a GM uses any time the players don’t seem to be capable enough to handle the foes they are faced with. Orcs suddenly make foolish tactical decisions, giant robots carelessly step on volatile chemicals, and the unholy hosts of Hell suddenly have an awfully hard time searching your average elementary school for hiding investigators. 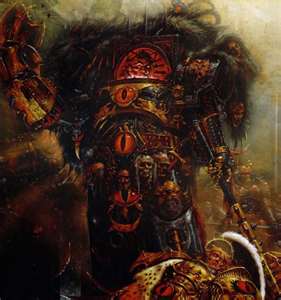 This guy should be as nasty as he looks.

While it isn’t very good for fiction, the idiot ball can be very useful for a game. It ought to be used sparingly, though, as making the party’s foes too stupid (especially when it is contrary to their nature) makes the game too easy and gives the GM a reputation of being a softy (which reduces the tension inherent in the game). The idiot ball ought to be given the henchmen and underlings – the guys the PCs are supposed to be able to outwit and beat up without fear. It should not be applied to the big villains, since they should be a significant challenge. Heck, it shouldn’t even be applied to the big villain’s elite bodyguards since, again, you want to keep things tense and give the PCs that sense of accomplishment.

But what happens when the PCs just aren’t up the challenge? What happens when they encounter a guy they just can’t figure out how to beat? Well, first of all, this shouldn’t happen all that often – they should have the capacity to defeat anything they are supposed to be able to defeat. Secondly, if it does happen, you should consider this question: Why can’t the PCs lose? Now, if the answer to that question is ‘they all die and the campaign ends’, you ought to pull the idiot ball out of your back pocket, hand it to the All Powerful Necromancer, and have him do something stupid. If the answer, on the other hand, is ‘the PCs are stripped off all their stuff and sold into slavery in a distant land’, that sounds pretty goddamned awesome to me and I say go for it. Have them lose. Let them nurse the bitter seeds of hatred and revenge; have their ordeal temper them into a much greater force than before and, when they return, have their victory be that much more sweet.

To me, that sounds like a lot more fun than ‘Queen Bavmorda spills the 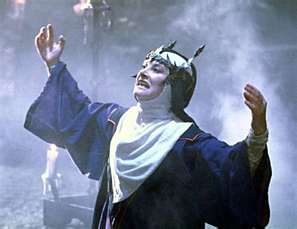 sacrificial blood on herself and dies’. How stupid is that?

Remember: the PCs are in your game to have fun, and having fun means overcoming obstacles and conflicts and winning despite all odds. Everybody wants to pull a Die Hard and wipe out all the terrorists with a mixture of luck (dice), skill, and sneaky planning. Let them pound on the underlings, but make them earn the big kill. Throwing Alan Rickman out that window wasn’t easy, and your PCs don’t want to defeat their villain as easily, either. The PCs should only have a 60% chance of success against the big baddie. They either step up to the plate or die.

In this regard, I must say that D&D 4th Edition, a game which I conventionally find very dull and flavorless, has mastered this. They have a built-in system for creating challenge. I think they do so at the expense of story, myself, which is it’s own problem and a topic for a different day, but any given GM can pick up their system and put together a challenging, easy, or moderate encounter with just a calculator and a monster manual. The idiot ball only rarely need be applied. Of course, since story is generally less important, the use of the idiot ball is correspondingly less egregious.

Anyway, I digress. My point is that GMs should be tough on their players and consistent with their characterizations of villains (some of whom will be plenty stupid, obviously). That should only change if and when persisting with undermine the fun had in a game. That should always be paramount – it’s a game, and games are meant to be fun.