← The Revenge of the Mouse
What To Do With the Lost Boys? →

So, this past weekend and much of last week, my wife was very busy with work and very tired. As a side-effect of this, I was able to watch some action movies, which are rarely available for viewing in the Habershaw household, seeing as my wife generally doesn’t enjoy them and I’d rather watch something we both like instead of making her suffer for my own, sole enjoyment. Anyway, I (finally) saw The Book of Eli and Rambo IV. They got me thinking about character arc, since in both stories the action hero goes through a kind of character shift, except in once instance it is a bit more plausible and understandable and in the other it seems entirely arbitrary. So, with that in mind, lets talk a little bit about character arc.

In the first place, just about every story has at least one protagonist in which the audience invests their emotional interest. Some of your more complicated stories have several characters that might qualify, but we’re not here to talk ‘complicated’ stories; we’re talking action movies. In action movies (and lots of other straightforward, three-act tales from RomComs to Westerns to Courtroom Thrillers), there is pretty much always an identifiable protagonist – the hero, if you will. In good stories, this protagonist will be a round character (i.e. with identifiable and varied character traits that make them like real people) and one that is also dynamic (i.e. they change over the course of the story). Indeed, the quality and cohesion of this change is essential to whether or not the movie is a ‘good’ one or not.

Contrary to popular belief, action movies with fabulous action and terrible character arcs aren’t ‘good’. They might be diverting or mildly amusing, but they won’t really thrill you to the core. Guy loses girl, guy blows up mob, guy gets girl is, well, derivative and boring, no matter how much kung-fu he knows.  I’ve discussed this at somewhat greater length here, but it bears repeating: action is only interesting insofar as we care about and understand the stakes of the action involved. In a good action movie, the action sequences and the plot serve to change the protagonist in some way and we, as we watch this change, develop sympathy for the character’s plight. At the moment of catharsis (that is ‘dramatic release of tension’), we ought to feel an upswell of pathos and understanding. We have traveled with the hero and now understand how he has come to this powerful realization. This is the path of all the best action flicks, from The Rock to Conan the Barbarian to Casino Royale. This brings me, now, to the two movies in question. (spoilers below, for those of you who care)

I was really looking forward to this film, primarily because I really like the Rambo character. Yeah, he isn’t the most well realized action hero ever, but the internal struggle against his own ‘warrior nature’ is a compelling one for me. His story is about a man who seeks redemption but never manages to find it. I was curious to see how that troubled character matured into an older man, and Rambo IV was that movie.

So, we are given the fairly stock story about a bunch of well-meaning white westerners who butt their heads into some affair in Asia and get seriously burned and it becomes Rambo’s job to (reluctantly at first) rescue them from a horrible death at the hands of evil South Asian War Criminals. Despite how it sounds, the first two acts of this movie do a pretty good job of showing Rambo struggling with his conscience. He doesn’t want to take the missionaries upstream, but he does anyway because, deep down, he wants to believe that they can fix things. He wants to be a good man. He wants to be a man of peace. The big, bad world, though, isn’t a peaceful one, and Rambo winds up having to lead a team of rough and tumble mercenaries deep into Burma to save them. 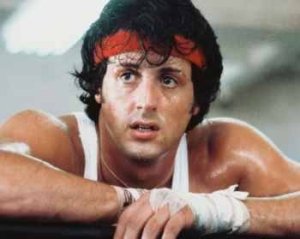 You mean, all I had to do was kill a million Burmese soldiers? Damn, wish I learned that earlier!

But then, in the third act, while Rambo mercilessly slaughters a hundred billion Burmese soldiers in a shower of gore and explosions, the moment of catharsis somehow seems to elude us. One second he’s standing there, resolute and angry, over the corpses of his vanquished enemies, gazing down at the leader of the missionaries (who finally ‘gets it,’ I suppose) and then, after a fade out, we see him returning home to Arizona with a smile on his face.

If Rambo’s problem is that he can never escape his ingrained predisposition to be an ungodly killing machine and, thusly, never can return home, how does this latest iteration of ungodly killing machinations change things? It would be one thing if he found God (even if it would ring hollow) or fell in love (which he clearly doesn’t) or something about the timbre of this violence has a visible effect on him (which it doesn’t seem to), but all we get is Rambo triumphant and then, magically, Rambo redeemed. That’s it? That’s not a character arc, that’s a character cliff. He just falls off the wagon of perpetual-war-addiction and goes to see his Dad. What, do they make a patch for that?

The Book of Eli

Hmmm…where in here does it explain how to smell the island of Alcatraz from across the bay?

Meanwhile, in the character of Eli, we are given a similar protagonist as Rambo. Eli is old, the veteran of many battles, and trying to find his place in a world gone mad with violence and cruelty. His guide is his book – the one and only copy of the Bible – that he carries and reads from constantly and that he trusts will somehow bring him to the Promised Land. Like Rambo, Eli’s attempt at solitude and contemplation is disrupted by his encounter with Evil Men and his wish to protect an innocent woman. He fights to protect his book, but, in the end, after all the bullets have flown, he must give it up to save Solara.

Unlike Rambo, though, in that moment we have our moment of catharsis. Eli realizes something about the Book and gives it away. While we sit there, baffled at his decision to sacrifice his life’s work and, probably his life for the life of an innocent, a process of understanding begins. Though we figure it out later, by the end we see what Eli saw: the book isn’t the important thing. He is the Book. What the Book teaches him is essential, but the actual physical Book itself is not. When Carnegie asks Eli “God is good, is he not?”, Eli’s reply of “All the time” is sincere. It is because, at that moment, he understands. He lets go and, by letting go, he is victorious. This is a character arc; this is catharsis.

This was a better movie.

Now, I don’t mean to say that Book of Eli was the greatest movie ever – it was just ‘pretty good’ to ‘okay’, and I’m not entirely sold on the big twist at the end – but it was definitely better than Rambo and understood what it was doing on a level superior to many of its action movie brethren.

← The Revenge of the Mouse
What To Do With the Lost Boys? →