← The Music in the Words
Dark Knight Razzing →

Bring Me the Head of Your Packaging God!

Vrokthar the Skullfeaster, Scourge of the Northern Wastes, is greatly angered this holiday season. So angered that he has subdued the soft wetlander that commands this magical, glowing word-slate and has taken the time to tap out his complaints, letter by letter, so that the gods of Inter-net may hear them and tremble. 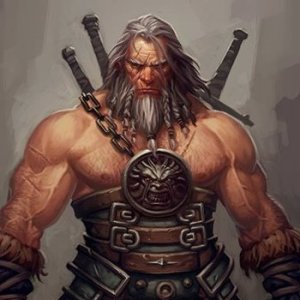 So, hear me, feeble word-gods of this future world! Vrokthar commands tribute from you, for you hath offended him deeply. Listen well:

Bring me the head of the man who created modern packaging, and you and your lands may exist un-pillaged and un-razed.

Surely this is among the most reasonable of requests, as Vrokthar cannot imagine that you would protect such a miserable and aggravating weakling as he who decided to encase all of Vrokthar’s new memory cards in plastic so impenetrable that Mook’ta, the God of Mindless Hatred, would have difficulty opening them. Vrokthar had need to smite these thin, clear plastic boxes with his greatest axe to free them, and this has damaged the treasures within. It has also, Vrokthar is informed, voided his ‘Warranty’, which sounds bad. If the purposeless meddling of this fat, mewling inventor has exposed Vrokthar to evil curses, long shall his screams echo across the tundra.

Vrokthar, however, is as generous as he is mighty. Though he cursed the heavens with many bloody oaths after smashing his memory card, it occurred to him, in calmer moments, that perhaps this impenetrable force-field of plastic was needed to protect valuable objects from raiders. This is a weakling thing – Vrokthar fears no thieves, and keeps his things in sacks, preferably carried by his harem of female slaves – but Vrokthar must remember that you wetlanders are entirely populated by puffy weaklings. Very well then, reed-thin un-men, protect your valuable electronics with your womanish technological arts. This makes sense for you, sons of lambs that you are.

But packages of Macaroni and Cheese? What the flying fuck?!

Why must Vrokthar track down a pair of scissors to open up his cheesy powder-flavoring to enjoy a box of pillaged food products? Such sustenance is less than worthless – there is no market to sell such objects and one must travel about with a great pallet of such sub-foods in order to be traded for a simple slave-wench. Yet, here am I, Vrokthar, Mighty of the Mighty, straining his cable-like muscles to open a simple plastic bag full of noodles. Then, when the foolish bag is sundered by my great power, the fucking noodles fly everywhere! ARRRGHHHH!

Vrokthar demands satisfaction. Bring me the foolish engineer’s head. BRING HIM TO ME! Let me feast on his blood! Let him be dipped in a boiling cauldron of his own fiendish plastic and have his screams be encased forever, so that his seared corpse may be left standing as a monument on the Wastes to all who would annoy the Skullfeaster.

So it shall be!

← The Music in the Words
Dark Knight Razzing →