← The Skie of Nyxos
Back to (Magic) School →

This is probably going to turn into a rant, but before it does, let me first and foremost say that I recommend Patrick Rothfuss’s novels, In the Name of the Wind and Wise Man’s Fear. The main character, Kvothe, is brilliantly drawn. It’s been a while since I’ve been so attached to a protagonist that I literally cheer on his accomplishments while reading. I still haven’t finished Wise Man’s Fear yet (life has gotten in the way, as has writing), but I expect to soon, and I am still enjoying the series a good deal.

I do, however, have one incredibly annoying problem with the book: Denna, the love interest.

Denna is not attractive to me. Denna is worse than unattractive, I find Denna actively repulsive. I would flee from this woman like she had cholera. I honestly cannot stand her; she drives me bonkers. And yet Kvothe, whom I adore, is madly in love with her. I find myself screaming at the text “Kvothe you moron! THE GIRL IS BAD NEWS! MOVE ON!” It’s like witnessing a good friend of yours going out with a complete zero and you knowing you have no real control over it (it’s their life, etc.), but it also seems to occupy your every thought during every conversation you have with them. It’s an eyelash in your eye, an eggshell in your omelette.

For those of you who haven’t read the book, Denna is, essentially, the Manic Pixie Dreamgirl trope from modern film. If you don’t know who I mean, think Natalie Portman from Garden State, Audrey Hepburn from Breakfast at Tiffany’s, Kirsten Dunst in Elizabethtown, of even Catherine from the classic French flick, Jules et Jim. The MPDG was defined by film critic Nathan Rabin when he said:

“[The MPDG is] that bubbly, shallow cinematic creature that exists solely in the fevered imaginations of sensitive writer-directors to teach broodingly soulful young men to embrace life and its infinite mysteries and adventures.”

The MPDG is flighty, free-spirited, and playful. She is in need of a man to give her stability in life, but refuses to submit to a man’s authority. The man, conversely, needs the MPDG to teach him to love and laugh and grow. They feed off one another, they banter and they play, and ultimately complete each other in a kind of perfect love. 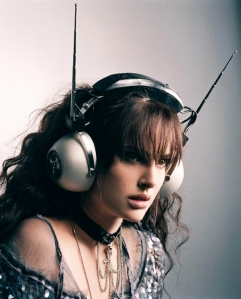 This sounds nice on paper, I suppose, but only if you assume the MPDG is some kind of puzzle piece and not an actual human being. MPDGs would be, in reality, emotionally damaged people. They cannot trust and are afraid to love due to deep-seeded psychological issues that only they (and perhaps a licensed therapist) can repair. They are not relationship material, no matter how quirky or fun they appear. This is not to say, of course, that quirky and fun women are automatically bad news in real life (far from it!), but when that quirkiness is really just a shield for self-destructively low self-esteem and emotional unavailability, well, it’s not good.

Denna fulfills this trope well – she is mistrustful, flighty, and the rest of it. Rothfuss (through Kvothe’s narration) portrays this as wonderful and enchanting and intoxicating, which drives me bonkers. No, Kvothe, it is not charming when Denna gives you a little wink while on the arm of another man. It is hurtful to you, to her, and dishonest to everyone (especially the guy whose arm she is on). It’s emotionally destructive behavior. Denna keeps secrets and dislikes inquiry into her past (WARNING FLAG, Kvothe!), she refuses to pursue Kvothe or be pursued by him for fear of being hurt. She can’t take criticism. She is unreliable.

As if this wasn’t aggravating enough, Rothfuss parades a variety of far more attractive women (at least to me) under Kvothe’s nose. There is Fela, the intelligent, well-spoken, honest, courageous, generous classmate at the University. There is Devi, the confident, talented, street-smart, and curious loan-shark. Hell, there’s even Felurian, a faerie princess and the most beautiful woman in the world. Granted, she isn’t human and would eventually devour Kvothe with her affections, but at least the woman would supply some degree of emotional satisfaction to the poor man before his heart gave out.

Now, it may well be that Rothfuss is perfectly aware of what bad news this Denna girl is. He is making the series out to be somehow tragic, anyway – maybe Denna is part of it. All I know is that it’s been two books now of Kvothe mooning over a girl who, were he a real guy and my friend, I would do my best to dissuade his interest. Denna is bad news, man. For Tehlu’s sake, ASK OUT FELA!

← The Skie of Nyxos
Back to (Magic) School →