← Just Monologuing…
Between the Knows and the Know-Nots →

The Tyranny of the Real

If you haven’t seen it, you owe it to yourself to watch Patrick Rothfuss Explaining Why Literary Snobs Are Wrong. I’ll wait until you’re done.

Okay, so as somebody who happens to straddle both the academic/literary world and the fantasy/spec-fic world, I’ve run into a lot of the same sentiment that the girl who came to Rothfuss’s reading did. During my MFA program, I had a couple workshops where Fantasy or Science Fiction were outright rejected as viable submissions. In one such workshop, one professor (a lit-fic short story writer) used to ask us what books we’d read recently. Each of us would have a turn. When they got to me, I said Steel Beach by John Varley – a science fiction novel (and a hell of a fun read, by the way) – and the woman reacted as if I’d belched in her face or something. She pretended I hadn’t said anything and class moved on. That stung a bit, let me tell you. I hated that snob and her sneering assumption of what qualifies as literature. Still do.

Part of the divide between the worlds of so-called “Literary Fiction” and that of “Genre Fiction” (an artificial distinction, and I whole-heartedly agree with Rothfuss that everything is a genre) has to do with the concept of “realism”. What is “real” and what is “not real” is, for some reason, important to us in our stories. There are great swathes of people out there who, even in the face of overwhelming evidence to the contrary, still believe that what is written in the Book of Genesis is factually true. These people don’t do this because they are crazy (or, well, not necessarily), but because the understanding of the “real” is of such incredible psychological importance to the human mind.

In Plato’s venerable Allegory of the Cave (which, for you spec-fic philistines, is basically the same thing as the Matrix, except without bullet-time or snazzy outfits), he depicts to us a world in which the people trapped in the cave…

…can see only their own shadows, or the shadows of one another, which the fire throws on the opposite wall of the cave…and if they were to converse with one another, would they not suppose that they were naming what was actually before them…[and so] the truth would be literally nothing but the shadows of the images.

Plato here is describing what philosophers refer to as the “Veil of Perception,” which was explored more fully by thinkers like Descartes and Locke, but basically involves a central problem of human experience: what we see is necessarily filtered through our various senses and our senses are not always reliable. Since we cannot always trust our senses to reveal the truth to us, we are required, therefore, to either exist in a permanent state of doubt and skepticism or, conversely, to take certain things on faith as true so that we may operate in the world without anxiety. Of those two options, most of us tend to choose the second one. We prefer to think of the real as being actually real since to do otherwise would require an awful lot of work and not a little bit of discomfort.

Enter fiction! When we read a work of fiction, we are being lied to, completely and totally. None of the things being described happened, none of the people are real people, and none of the places are real places. We have to suspend our disbelief in order to engage with fiction. We have to accept these blatant lies on faith. We do this because we are able to gain from the experience – the story, even if false, resonates with our understanding of the world.

Now, in “Literary” Fiction (which is primarily focused on the real, concrete, and even contemporary world), suspension of disbelief is easy – it’s barely even noticeable. Even those stories that involve the fantastic are very tightly bound by certain realistic expectations. From such realist fiction, though, the realm of writing travels very, very far. Fantasy fiction is the furthest of the bunch, arguably – a world that is very much not our own, adhering to its own laws, governed by its own cultures and history, and so on and so forth. The suspension of belief at that end of the scale is fairly substantial – it asks you to accept the impossible as plausible in order to engage in the story. While I can readily accept that this isn’t for everyone, the supposition that doing this automatically disqualifies you from a serious literary discussion is fatuous nonsense. As Rothfuss rightly points out, many of the great works of literature are fantastic in nature. Were they to be published today, they’d get stuffed in the Scifi/Fantasy shelf right alongside Rothfuss’s stuff (and my own, though I hesitate to put myself in the same company as Rothfuss as yet). 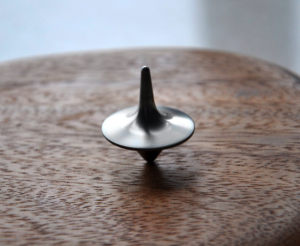 If it spins or if it falls, is Jack’s experience any lesser for it, really? Is ours?

The big question, though, is why does realism even matter that much? If all fiction is lies, anyway, who cares what the lies are about?

We writers, we are all liars. We lie about different things and in different ways and to different degrees, but it’s all lies anyway. We lie because we’ve found that’s an easier way to get at the truth, ironically enough. To say this writer is telling lies that are too big to believe is splitting hairs – I don’t buy Holden Caufield, nor do I accept Hemingway’s Old Man and the Sea as realistic, but what of it? What we’re debating here is matters of taste, not truth. We are quibbling over style without bothering to have serious discussions about content. Something “not being real” is not a criticism, because none of us have any real way of distinguishing the real in the first place.

Read what speaks to you and be willing to listen to that which at first seems strange. That’s all you need to find true literature, no matter what genre it is.

← Just Monologuing…
Between the Knows and the Know-Nots →