Today we’ve got a special treat. Here is fellow author A.F.E. Smith, author of Darkhaven, to talk about fights and protagonists in fantasy novels, something fans of the Saga of the Redeemed are no doubt used to. Enjoy!

It is a truth universally acknowledged that the hero of a fantasy novel must be outnumbered at least three to one before the reader even begins to worry that he’s in danger.

Most fantasy fans enjoy a good battle, whether between individuals, groups or armies. And we also like seeing our heroes overcome the odds. But by now, most of us have read enough gratuitously unequal fights that overcoming the odds has become an expectation. In real life, a duel between two people of roughly equal skill and experience – or a war between two evenly matched armies – would be loaded with tension for all concerned, because there’d be no way to predict the outcome. Instead, it would be clear that the battle ahead was going to be long, drawn-out and take a significant toll on all involved, quite possibly without ever resulting in an outright winner. But in fiction, where narrative conventions dictate that the protagonist is going to punch above his weight, evenly matched isn’t enough. Evenly matched means an obvious win for the protagonist. And obvious is boring.

Fantasy novels therefore face the challenge of loading the odds against the protagonist in order to make him the underdog – because everyone loves an underdog – while still making it plausible that he should win. Taken too far, it becomes ridiculous: hey, my mortally wounded and exhausted hero just fought off an entire army with a rusty spoon, isn’t he awesome? Yet not far enough, and it’s just dull: some guy dueled a slightly more skilled guy and beat him. Yay. There’s no tension in the second option, no edge. But the first option can be equally tedious, particularly if it keeps on happening – because someone who can defeat that many people under those conditions is clearly invincible. Every time David successfully overcomes Goliath, there has to be a believable reason for it. And because the plot requires it is not a believable reason.

Tolkien (of course) does this very well in The Lord of the Rings. In every battle, the tide is turned by the fulfillment of a slender hope – and those hopes keep on getting more slender as the book progresses. It wouldn’t have been at all the same if the mighty hordes of Gondor had been facing Sauron’s tiny ragtag army. But nor would it have been the same if Aragorn had single-handedly slaughtered the hordes of Mordor with his kingliness. The plot walks the fine line between too easy and too implausible without setting a foot wrong. Every challenge is overcome, but only just. And that’s what keeps us on the edge of our seats.

Of course, many books since Tolkien have subverted the expectations that we have of our protagonists. Most of us probably got near the end of George R.R. Martin’s A Game of Thrones and thought, Aha! This is a classic unequal fight situation! Ned’s in a pretty tricky position now, but I just bet he’s going to overcome the odds at the last minute. After all, he is the protagonist!

And we all know how that turned out.

Still, I love an unequal fight, and I didn’t hesitate to put one into my own novel. Here’s a tiny snippet from Darkhaven in which my stubborn sort-of hero, Tomas Caraway, is faced with the prospect of getting past a whole group of warriors just when the stakes are at their highest …

‘Fine.’ Her face showed no hint of sympathy. ‘Then you accept what’s coming to you.’ She glanced around the circle. ‘Weapons away, lads.’

The sound of steel being sheathed rang through the air. Caraway scanned their grim faces and understood what was about to happen. They wouldn’t afford him the dignity of swordplay, with its attendant rules and courtesies. How could they? He had no blade to speak of; it wouldn’t be fair.

So instead, they would maintain their code of practice by beating him up with their bare hands. The fact that there were twenty of them and just one of him had no bearing on the matter.

It’s probably fair to say that he doesn’t stand much chance of triumphing in this encounter. Yet for all that, I think the outcome is realistic. See what you think.

Ayla Nightshade never wanted to rule Darkhaven. But her half-brother Myrren – true heir to the throne – hasn’t inherited their family gift, forcing her to take his place.

When this gift leads to Ayla being accused of killing her father, Myrren is the only one to believe her innocent. Does something more sinister than the power to shapeshift lie at the heart of the Nightshade family line?

Now on the run, Ayla must fight to clear her name if she is ever to wear the crown she never wanted and be allowed to return to the home she has always loved. 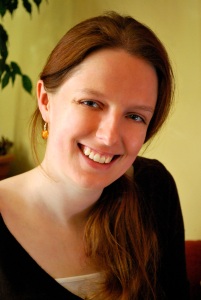 A.F.E. Smith is an editor of academic texts by day and a fantasy writer by night. So far, she hasn’t mixed up the two. She lives with her husband and their two young children in a house that someone built to be as creaky as possible – getting to bed without waking the baby is like crossing a nightingale floor. Though she doesn’t have much spare time, she makes space for reading, mainly by not getting enough sleep (she’s powered by chocolate). Her physical bookshelves were stacked two deep long ago, so now she’s busy filling up her e-reader.

What A.F.E. stands for is a closely guarded secret, but you might get it out of her if you offer her enough snacks.