← I’m Going To ITVFest! So Should You!
E-books Don’t Smell (and other Revelations) →

Our Sympathy for the Devil 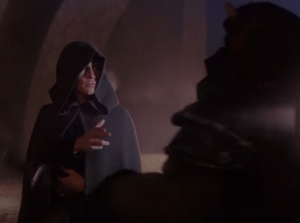 You ever notice that we tend to like the bad guys better than the good guys? I mean, let’s face it – Darth Vader is way cooler than Obi Wan or Luke. Luke only gets cool when he starts wearing black and force choking Gamorreans who piss him off.

In The Oldest Trick, I’ve got a pretty bad guy as my main character. Calling Tyvian a “scoundrel” is putting it very mildly. He’s a petty, conceited, manipulative narcissist who thinks nothing of throwing other people to the wolves for the sake of his own comfort (comfort, mind you – not even his safety). You really ought to hate his guts.

And yet we don’t. From Frank Castle to Hannibal Lecter, from Dexter Morgan to Lucifer himself, we’re always willing to give the jerks, the creeps, the psychos and the villains the benefit of the doubt. Weird, isn’t it?

Here’s my thinking: Antiheroes (and I use the term loosely, as it can be defined in many ways – here I basically mean someone who is an amoral, immoral, or ‘dark’ protagonist) appeal to us in three major ways.

They Do What We Dare Not

The Joker only says what we dare not

In a world full of petty (and not so petty) frustrations, there is catharsis in those who simply break the rules to inflict what we see as justice on those we dislike. We refrain ourselves, of course – unlike the villainous personality, we are functional members of society – but we do so enjoy watching the wicked get a taste of their own medicine from those even worse than they are. Heck, this is the entire underlying theme of the Saw franchise, right? Those jerks deserve what they got on some level. We show up to watch them get it.

There is also a certain joy in realizing you are a better person and a better judge of character and situation than these otherwise exceptional people. For Example: Hoo, boy – are we ever glad we aren’t Walter White, right? Man, I mean, he’s pretty awesome and what-not, but he just keeps making decisions that’ll get him in deeper, doesn’t he? Were it me, I woulda walked away way, waaay earlier than that. I could do it. There has to be a way, right? 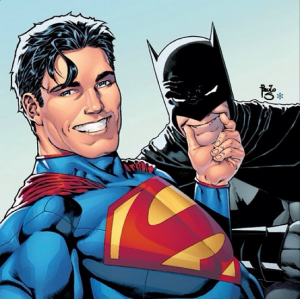 Oooo we *hates* him, my Precious!

Shakespeare trades heavily on this notion in his tragedies. Iago and Othello keep digging themselves deeper and deeper and deeper and, oh man, you know what’s going to happen, right? That’s what makes it awesome. The good guy – the guy who keeps doing the right thing – he’s dull (or so we think). Captain America is never going to lie to his girlfriend. That makes us feel inferior. You know what the most common criticism levied against Superman is? He isn’t “identifiable.” This I take as code for “he wasn’t a fuck-up in high school.”

Sure Supes is identifiable. He grew up as a farmboy in middle America. It’s not his Kryptonian heritage you find alien. It’s the fact that he never set his dad’s car on fire while trying to re-enact a Jackass stunt. With Batman – brooding, obsessive, loner Batman – you never have that problem. You got it together compared to that nutjob.

The Hope for Redemption

This last one is a bit rarer, but it comes up a fair amount. We all love a good redemption story. We like to think that those crazy villains that we (secretly) admire can, one day, clean up all their bad habits and become good people like us. The whole of the existing Star Wars movies, for instance, is just one long story dealing with the fall and subsequent redemption of one Anakin Skywalker. We eat that up. Likewise, the journey of Tony Stark from playboy to superhero is the most compelling aspect of the MCU at the moment. His character’s personal journey is the one we love best.

See, as much as we enjoy the antics of those antiheros doing what we dare not, we also realize that their lives are not happy ones. Batman is a tortured, tragic soul in many ways. Wolverine is fundamentally alone. Conan the Barbarian lives an empty life. That sad music played at the end of every Incredible Hulk episode for a reason, guys. Being the antihero sucks. Even Lucifer has a rough time of it.

So we watch in the (sometimes) vain hope that they can pull themselves together. That, even in their tortured hearts, the darkness can be pushed back and good can prevail. Even if only for a moment, before they plunge back into shooting mob bosses and blowing up corrupt politician’s cars. 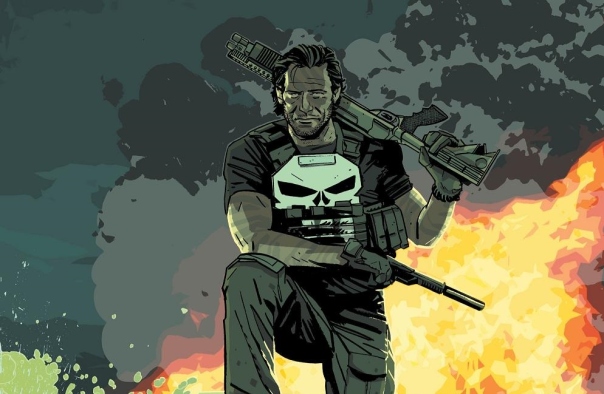 As you know, if you read this blog, I will be attending ITVFest in Dover, VT on September 24th-27th where I will be giving a talk about World Building in Fantasy and Science Fiction on Saturday, 9/26, at 11am. Go and check it out!

Also, The Oldest Trick will be coming out in Mass Market Paperback on September 29th! Pre-order your copies now!

Finally, watch my Goodreads page for the possibility of a giveaway of some The Oldest Trick e-book copies! I plan on doing it as soon as I figure out how!

← I’m Going To ITVFest! So Should You!
E-books Don’t Smell (and other Revelations) →