Magic Systems: The Rules About the Rules

One of the central hallmarks of any fantasy series is how the author sets up the magic system. This includes a lot of things, obviously. You need to know how common magic is, how easy is it to access, how powerful it is, who has it, how is it used, and so on. All of those topics there are probably blog posts waiting to happen, but today I want to focus on one thing: how magic is supposed to work.

The common misconception about fantasy (and scifi, for that matter, which occasionally strays into the use of ‘magic,’ as well, though in different guises) is that you can “do whatever you want.” You want flying dragon balloons that spit orangutans? Done! You want it to rain fire every Tuesday afternoon? Go for it! You want people to have nipples on their back while being able to spit acid from their nostrils? That’s a-ok! The thing is, though, that there’s more to it that simply that.

Of course you can do any of those things, but you can’t just do them for the hell of it and expect it to work. You need to build the underlying rationale for these things so that we, the audience, accept them as plausible or at least believable. This goes for any aspect of a fantasy setting, but it applies to the magic system in particular. It is especially true when the magic system plays a crucial part in the lives of the characters. So, for instance, Jim Butcher’s magic system for the Dresden Files (which is probably the best one I know of, by the way) is painstakingly laid out because his main character (and only POV character) is an actual wizard. George RR Martin, on the other hand, has magic only existing on the fringes of his world and only barely hinted at, so at present it is rather vague and mysterious (which suits his setting just fine). That said, I am fairly certain GRRM has a pretty solid grasp of how sorcery works in his world – his world-building is deep and robust in every direction – so even in his case, what I’m about to say probably holds true.

In order for magic to make sense and work in your fantasy setting, it needs rules. Magic that can do anything at any time is problematic for a number of plot and conflict reasons, not the least of them being the constant and obvious temptation to allow your characters to escape any danger with the wave of a wand. That’s too easy and too easy is boring. It becomes “why don’t the eagles just fly Sam and Frodo to Mordor” over and over again. 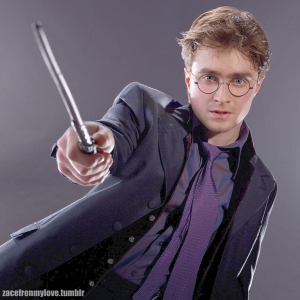 Be honest: you read this book and walked around the house saying “Accio TV Remote!” and “Accio Popcorn!” for days, didn’t you?

Good rules are clear enough to lay out the potential and guidelines of the powers available to those gifted with them. They should be set up to be exciting and also potentially dangerous. A good magic system, like a good superpower, is something that your readers might actively think would be fun and cool and interesting. Everybody wants to have the Force; everybody would love to have access to the Bene Gesserit’s Voice. Furthermore, a good magic system needs to be understandable enough to allow that kind of fantasizing to take place. We love the fact that Harry Potter can wave his wand and say “Accio Broom!” and his broom will shoot out from wherever it is and arrive in his hand. We love it in part because the power seems fun and interesting, but also because it seems understandable and logical: “If I, too, were a wizard and I, too, had a magic wand then I, too, would be able to reach my coffee without having to get up.”

There is, however, a balance to be struck. A system can be too vague, obviously, and this is problematic in the sense that the magic system soon becomes ignored or unimportant. Naturally, if this is your intention (e.g. Tolkien), then that’s all well and good. Nobody, though, goes walking around trying to imitate the magic of the Elves. It isn’t super clear that they have magic or, if they do, how it works. Like, in the movies did Arwen summon those white-water horses? What the hell did Elrond do to heal Frodo? If Gandalf can make flaming projectiles out of pine cones, why doesn’t he keep a bunch of pine cones in his backpack? No, magic, in the case of Tolkien anyway (and those like him), isn’t so much a system as it is a basic dramatic effect. It lacks detail and, therefore, while it gains mystery, it also loses a sense of concrete fascination for the audience. If that’s your intention, as I said, this is fine (there’s a lot of good low-magic fantasy out there), but if your intent is to create a world where the practice of magic is central to the plot somehow, you’re going to need detail. 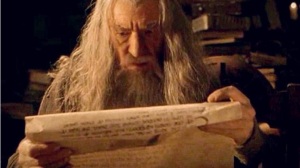 Ah ha! The way to infiltrate the Black Gate is to hit up up, down down, left right, left right, B A, B A Start!

Conversely (and perhaps paradoxically), magic systems can become too detailed and too concrete. You need rules, yes, but the rules (in my opinion) should remain sufficiently complex to prevent the audience from completely grasping them. Magic, in other words, shouldn’t seem easy. A system, even an interesting system, laid out with too much specificity starts to feel less like an eldritch code by which to manipulate the universe and more like a series of button-patterns to hit in a video game.

For my own part, in Alandar I’ve created a complex system laid out as the complex interactions of five naturally occurring energies of creation. They interact in a kind of pseudoscientific fashion and can (and have) been harnessed to create all manner of complex “technologies” based upon them. The system I hope is deep and interesting, and being a mage in this world should seem cool. In end, though, it should seem like the kind of thing you’d need to study years to master and the depths of which have yet to be fathomed by the reader and by the characters alike.