← Vrokthar Crushes Your Online Learning Tools!
Read “When It Comes Around” on Perihelion SF! → 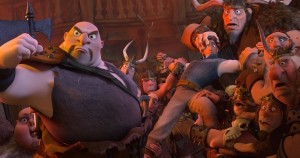 What’s that? Sorry you missed that? Well, get your ass to the next one, then!

Had a book signing last night at Pandemonium Books in Cambridge. It was a ton of fun. Turnout wasn’t exceptional, but I certainly wasn’t there by myself and I probably sold between a dozen and fifteen books, which ain’t too bad for an author nobody knows about. I totally forgot to take pictures, so you’re just going to have to take my word for it. A big thanks to the folks over at Pandemonium, especially Sarah, for giving me the time and space to sit there and talk about writing and D&D and fantasy and even sing a few bars from Disney’s Tangled.

Anywho, in conversation with my friend Kevin Harrington (who is a masterful networker), I started thinking about this blog and the purpose it serves and what kinds of stuff I do here. I’m not going anywhere, don’t worry (to the extent that anybody would ever worry about the disappearance of another author blog), but I guess I kind of just want to codify and explain this weird little thing I’ve got going on.

Note: I am ever-so-slightly fatter than this now.

Most of the time, the voice you hear on this blog is that of myself. I talk incessantly anyway, so talking here is just an extension of my chatty nature. I tend to write about fantasy and science fiction properties, kid’s shows, Disney, my own work, the art and craft of writing, and whatever happens to cross my path. As a literature professor, I analyze pop culture stuff a bit more deeply than I probably ought to, and I don’t regret it one bit. I also stray off into talking about Role Playing Games (the pen-and-paper kind) and all kinds of other gaming, too. Basically, if you’re a writer, a geek, or some combination, you and I should get along just fine. Either that or become mortal enemies. Time will tell. 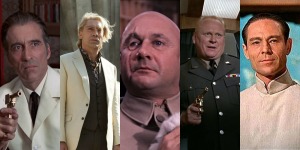 I stray into parody a fair amount here, and one of the chief avenues of this is my FOUL posts. These are essentially me imagining the kind of financial and administrative and legal apparatus that would have to exist if there really were supervillains and evil masterminds in the world. They are pretty silly – very much along the lines of the Bank of Evil in the Despicable Me movies. 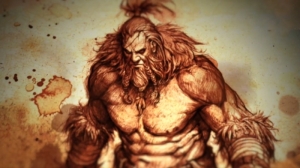 If I want pictures of Vrokthar, I just google “Barbarian” and there he is.

Vrokthar is a dour, bloodthirsty barbarian of the Conan type, dwelling in some fictional wasteland just north of wherever you are. He is constantly angry, and bellows his threats from his throne of skulls. I use Vrokthar sometimes to vent about things that piss me off, since him venting is ridiculous and comical, and me venting is petty and mean. As Vrokthar is an absurdist caricature of a person, he says and believes things I do not, so there is a fair amount of distance between the things he might threaten to do or the things he finds insulting and the things that *I* do, but the stuff he’s complaining about is somehow related to what’s bothering me (even if I’m using Vrokthar to be sarcastic). Anyway, it’s just nice to have an angry barbarian come in sometimes and threaten to disembowel those who defy him.

I also use this blog to flesh out settings for my novels. There’s a pile of old documents on Tvyian’s world under the Saga of the Redeemed tab, some stuff on the Union of Stars, some stuff on Nyxos, and more, besides. I mean, assuming you’re into that kind of thing. I have no blessed idea if anybody actually enjoys reading that stuff (it tends to get the fewest hits), so I try not to do it very often.

I know a bunch of authors, and so many of them I invite to come on the blog and share excerpts from their new works or guest posts about whatever they feel like sharing. I should note that I don’t want to deal with unsolicited offers of guest posts just yet (I’m not so huge a platform I’d be doing you many favors, anyway, and I’m about as busy as I want to be here), but perhaps one day, if I’m able to quit my day job and write full time.

Anyway, that’s basically what’s going on here. Oh, and there’s a few other things, too. Like that time I wrote about One Eyed Willie from Goonies, which has been very popular, or that time I channeled HG Wells for a silly joke, which is one of my favorites.

Well, long story short (too late), I’m curious as to what you folks like to read here and what, if anything, gets you coming back. I’m not saying I’ll change my behavior, mind you, but I’m curious. How is all of this going? Let me know!

Posted on September 9, 2016, in Critiques, Theories, and Random Thoughts and tagged blog, self-reflection, writing. Bookmark the permalink. Leave a comment.

← Vrokthar Crushes Your Online Learning Tools!
Read “When It Comes Around” on Perihelion SF! →