← How Weird is Too Weird?
Dramatic Convenience Vs Realism (The Idiot Ball Again) →

5 Things Life Would Be Better Without 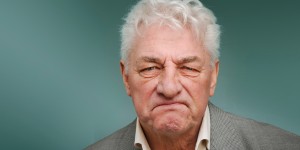 This is me today.

Feel like complaining, but not to the level where I need to awaken Vrokthar. I’m having one of those days that isn’t bad, exactly, but it is annoying. So, after I stepped in dog poop and tripped getting onto the train and had autocorrect try very hard to make me look like a fool and so on, I’m going to tell you about 5 things the world does not need and would be better without. You may or may not agree – I don’t really care that much. 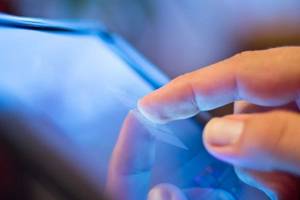 Pictured: me failing to get my touchscreen to do things.

Let me start with an unpopular choice. Was there something wrong with buttons I was unaware of? Because I felt like buttons worked just fine. They reacted to your touch, they always depressed when you hit them, and they were pretty functional. But no, some jackhole had to go invent the buttonless objects that now pervade my daily existence.

Perhaps I’m a vampire, but touchscreens refuse to consistently acknowledge my touch. I find myself jabbing at a flat sheet of graphene (or whatever they’re made out of) over and over and nothing happens. At least with buttons, I could isolate the root of the problem fairly quickly – if the button was going in, the problem wasn’t with the button – but with touchscreens, who knows? Also, who knows if you’re hitting the right one? They make the damned icons so small that my enormous fingers are constantly doing the wrong thing. I legitimately have to pivot my fingers sideways so I can swipe with the narrow band of flesh alongside my fingernails to get things to work. That is assuming it agrees to acknowledge my existence, which it does not.

Additionally, there is no reason buttons couldn’t work! Put a control cross and two buttons and a scroll wheel or such on the bottom edge of a phone and bam–it would work fine! Keyboards could fold off the back, just like they did in days of old.

Either that, or somebody invent a goddamned touchscreen that reacts to my touch. Unlike now, where they just react to my screams. 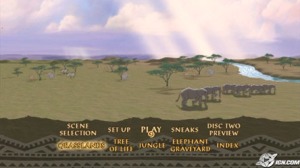 I don’t know about you, but when I put a DVD into a DVD player, I want the movie to begin. Like, right away. Sure, sure – I’m willing to tolerate the existence of previews and such (movie studios have to make their money somehow), but why in hell’s name do I have to watch a five minute sequence of Zazu flying across the damned Pridelands just to start the stupid movie? Is anybody under the illusion that this crap is entertaining? Yeah, sure, a menu ought to exist, but we shouldn’t have to see it unless we want to (by pushing the menu *button*). The idea that somebody, somewhere, spent a boatload of money and wasted hours and hours and hours of labor to create a video animation sequence that NO ONE WANTS TO SEE AT ALL makes me wonder for the sanity of the human race.

Of course, maybe all you hip folks out there haven’t watched a DVD in some years and don’t even know what I’m talking about anymore. Me? I’ve got kids who like to watch DVDs, and Disney is one of the worst offenders for this nonsense.

This is an old one – been around since we were afflicted by smartphones – but just to reiterate: COMPUTERS SUCK AT GUESSING WHAT YOU WANT TO SAY! 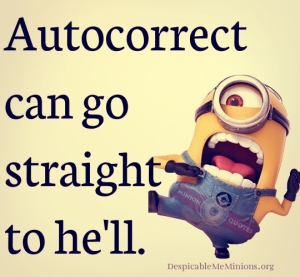 Generally I disapprove of all minion-themed memes. This is an exception.

Look, I know how to spell, dammit. And, even if I don’t, I’d rather be occasionally bad at spelling than constantly not making sense. My phone’s autocorrect feature is constantly changing the weirdest things – like, not even nouns, but adjectives and articles and stuff. And WHY? Seriously, why? What, people can’t learn to spell anymore? And even if they can’t, it isn’t like autocorrect actively improves anybody’s spelling. C’mon, we’ve all got that one relative in our social media feed who is a living reminder of how spellcheck and autocorrect do NOTHING to help you if your grasp of English is tenuous!

I’m a writer. It drives me bonkers when I make a grammatical or spelling error. The only thing, though, that drives me even more bonkers is when some stupid machine dips into my own writing and makes the mistakes on its own and then passes off such mistakes as mine! Arrrggghhh!

If you gave me a time machine and told me I had to go back in time and kill one person, the person who invented spellcheck would be it.

Again, showing my age here a bit, but I still watch things on actual television. Sometimes I’ll catch a movie I haven’t seen yet. And sometimes, for reasons that baffle the sane mind, those movies are “hosted” by people. People who waste time before and after commercials talking to me about nonsense. 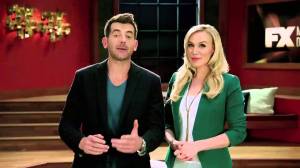 STOP TALKING AND PUT TEENAGE MUTANT NINJA TURTLES BACK ON!

WHY IS THIS A THING?

Or, what, maybe people do? Maybe there’s some old lady out there who would be completely lost in the twists and turns of Roadhouse were it not for that smiling couple trying to cook “Roadhouse Hash” while the movie is on? I mean, assuming this is true, here’s my first thought: maybe this person shouldn’t be allowed to watch television unsupervised. Maybe this is the kind of person who turns on Fox News, thinks it’s all true, and votes for Trump. Maybe – just maybe – the tiny demographic who craves or needs or enjoys hosted movies on television are the reason why life is awful and everything is terrible and we’re all going to die of global climate change. 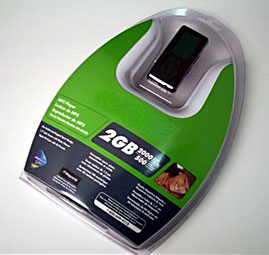 So, Vrokthar has complained about this before, and he says it much more eloquently than I. That said, who the hell thought we wanted to purchase objects so irrevocably sealed into their little plastic containers that neither man nor beast could liberate them? Why do I need to break out a knife to open these things? Seriously – not even scissors is enough. I need a sharp knife, a vice, and time to get my flash drive free. Hell, just yesterday my wife got a package of birthday invitations that were sealed in two separate layers of thick plastic so durable, it would not tear. I needed to cut them out.

I can see the rationale to prevent theft here, I guess – expensive, small objects that can be easily ripped from packaging can get stolen. But is somebody willing to tear open a cardboard box in public like some kind of rabid racoon really going to have a hard time stuffing a slightly larger plastic package into their underwear?

And then how do you explain the packages inside other packages. Like, seriously, the flavoring packages in discount Macaroni and Cheese are build to withstand the strength of five men. Ever try to gracefully open the plastic bag inside a box of Cheerios? What the fuck, Corporate America? Is this some kind of elaborate prank? Is it just funny to you?

One of the most amusing things in movies is the speed with which somebody can purchase an item at an electronics store and then open it to use it. You see this especially often with pay-as-you-go cell phones. They buy one and bam – it’s in their hand. Meanwhile, actual people are asking their friends if they have a hacksaw in their garage because they’ve got to call their mom.

← How Weird is Too Weird?
Dramatic Convenience Vs Realism (The Idiot Ball Again) →