← The Radicalization of Anakin Skywalker
Rogue One and World War 2 →

Lego Batman: Symptom of an Illness

I took my kids to see Lego Batman a week or so ago, and I’ve been turning the movie over in my head ever since. It’s a weird one for me: while I recall laughing and finding aspects of the film clever, I very much did not like it, and I’m trying to pin down exactly why. I think, in its broadest sense, this movie represents the death of the Batman character for me – the point at which the character becomes a parody of itself.

Parody can kill the source.

I guess what I’m trying to say here is that, while there was nothing expressly wrong with Lego Batman, it made it very, very clear that there is something very wrong with Batman himself. The parts of the movie I liked were the parts that broke apart the Batman mystique and myth – the parodic elements, basically. Batman heating up his Lobster Thermidor in the microwave. Batman’s ridiculous outfits. Batman’s improbable 50 year history in film. I even got a kick out of seeing Sauron and Voldemort and the rest of them bopping around. What I hated – hated, hated hated – was the actual story. Which is weird, right? It was the classic Batman story. Hell, it’s a classic story full stop – my own Saga of the Redeemed has elements of that story in it. And yet I very, very much did not want to see any of those scenes. None of them. I squirmed in my seat as I was watching Batman go through his emotional arc. I literally thought to myself, with a sense of dread, crap, do we actually have to *watch* him develop a relationship with Robin?

This semi-instinctive revulsion is indicative that I no longer actually like the Batman character. We’ve seen all his stories, we’ve played out all the rope we can, and now he’s just…dreadfully dull. Lego Batman makes this really clear, actually – Batman is, in reality, boring. I’m watching the movie and realizing, albeit belatedly, that I totally agree. Batman is done to death – there is nothing more to say. For all the zaniness and crazy action and wild jokes and bizarre plot twists, that movie was utterly predictable. What’s more, we all knew it was predictable. We knew exactly what was going to happen, when it would happen, and why it would happen. We only had to sit back and wait for the inevitable. The excitement from the movie was entirely generated by the peripheral, surface-level effects of cool vehicles, sight gags, and visual effects – in other words, the shallowest kind of storytelling. The meat of the story was as overcooked and shoe-leather gray as a steak at the Cracker Barrel. 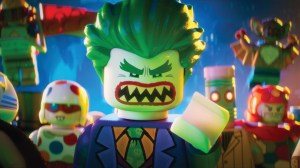 The movie knows all this, by the way. Egg Man?

What else can we milk from Batman, exactly? Anything? The same tired villains, the same dull monologues, the same staid Alfred, the same basic style…ugh. We are all going through the motions, now – there’s nothing left interesting to delve into. So, you know, it might as well be funny in the same way that Airplane! made airports funny or Caddyshack made golf-courses funny – because, by themselves, those places just aren’t that entertaining. It’s not the same kind of parody that is done out of love for the source material, either (the Star Wars episodes of Family Guy come to mind), but rather the kind done because every other thing has already been said and we are all collectively tired of it. Is anyone out there actually looking forward to the next Ben Affleck Batman movie?

What a sad fate for a character I used to love so much. I wonder how this happened, but I think the answer is rather complicated: a combination of over-saturation and over-reliance of formula are the primary contributing factors. And, you know, maybe I’m wrong – maybe ol Bats has a few tricks left. I do know, though, that we’re gonna have to wait a while before we can appreciate it and, when they do get around to it, they are really going to have to break the Bat-mold wide open.

← The Radicalization of Anakin Skywalker
Rogue One and World War 2 →