Where Have All the Good Guys Gone?

I was watching CNN’s documentary on the 1960s last night (which is interesting viewing, incidentally, if you want a quick overview of the decade), and in this particular episode it discussed how television (to paraphrase) was an escape from the darkness, fear, and unease that permeated the society at large. It was an age of zany sitcoms and upbeat variety shows while, on the evening news, the lists of American’s injured or killed in Vietnam was top news, college campuses were rioting, and black people were getting shot, bombed, sprayed with hoses, and assaulted with attack dogs all because they wanted basic human rights. 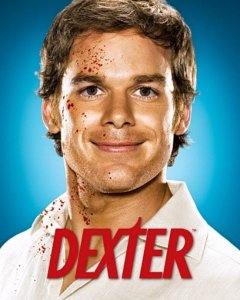 Now, everything in the latter half there should sound awfully familiar in our current era – the dead soldiers, the riots and demonstrations among the youth, and the mistreatment of African Americans marching for basic equality. What doesn’t sound familiar (at least to me) is the characterization of television as “zany.” Sure, there’s a docket of late night variety shows (though how much “variety” is present is debatable), but few of them are “zany” (with the possible exception of Jimmy Fallon). We’ve got sitcoms, too, but they have a lot less in common with The Dick VanDyke Show and Gilligan’s Island – with their “wholesome” and harmless optimism – and rely, instead, on cynicism, sarcasm, and insult comedy (look at any Chuck Lorre sitcom and despair).

As for dramas…yeesh. You know, when Dexter is one of the more optimistic offerings out there, you’ve got to step back and wonder what on Earth is wrong with us. Game of Thrones, Breaking Bad, The Expanse, The Magicians, The Walking Dead, The Blacklist, Man in the High Castle – we’re looking at a veritable who’s-who of dark, depressing, morally ambiguous, and emotionally wrenching stories that catch our collective attention. How many millions of people tuned in to watch Negan swing a baseball bat into somebody’s head, anyway?

What exactly does this say about us?

Now, mind you, I enjoy a lot of these shows. I like moral ambiguity and complex stories without clear resolutions. I do wonder, however, if all this misery, pain, and negativity saturating our entertainment is good for us on an emotional level. As the world gets darker and more disturbing around us with each passing year, wouldn’t it be more natural for us to go all-in with shows like The Good Place, which aspire to a generally positive tone and outlook? It seems this is what Supergirl and The Flash are trying to do, anyway, but (at least personally) something about those shows leaves me flat. They just lack a certain…darkness that I’ve come to expect.

And that last there is what vaguely worries me. Granted, it isn’t like I’ve performed an in-depth survey here and my sense is only that – a sense – but one wonders if we’ve become inured to the horrors of the world. That we don’t have the heady optimism of the post-war boom to ride on to remind us that life doesn’t have to suck and that America can, indeed, be a good place again. When was the last great era of American optimism in our collective lives? The 1990s, right? That’s twenty years gone, folks. The Fresh Prince of Bel-Air is a barely remembered dream. Now it’s all zombie apocalypses and post-modern deconstructions of old sitcom tropes. It’s beheadings and ritualized cruelty. Our “escape” isn ‘t so much an escape as it is a funhouse mirror reflection of our real lives.

Then again, you could make the argument that this is actually healthy. That we aren’t sticking our heads in the sand; that we’re going to face our problems head-on for once. It could go either way, I suppose: either we will face down the dangers of our era with greater passion than before, or instead we will merely shrug and say “that’s life” and let the machine grind us up.

I got in one little fight and my mom got scared.
She said, “You’re movin’ with your auntie and uncle in Bel-Air.

OR maybe I’m just hand-wringing over nothing. I am sure of one thing though: nobody wants or needs a Suicide Squad sequel. Nobody.