Writing From a Place of Anger

I’ve been pissed off at the world lately. Each day brings a new outrage, a new soul-crushing horror, and while I wouldn’t say it’s directly harming my capacity to write, it is having an effect on how I want to write. Emotions – the writer’s emotions – transfer onto the page. They kind of have to, right? If we’re to be writing in a genuine voice, then some aspect of our emotional sphere is going to show up in what we write. 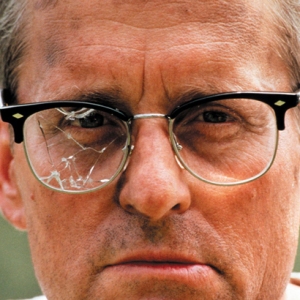 Now, typically, I have written from a relatively calm emotional state. If I’m too upset, I can’t concentrate on the words. But the flares of anger of late have dulled into glowing hot coals that just simmer there, deep inside me. I should note that none of this anger is directed towards my friends or family or coworkers or students – this is a broader kind of rage, targeted at the political sphere more than anywhere else. Venting my rage, then, at the people around me could never be justified – they have done nothing and do not deserve it. Also, of course, venting into the Void (i.e. Twitter) is hardly cathartic and certainly not constructive.

The outlet remaining to me is my writing.

I am no fan of angry political screeds thinly veiled as fiction. I find those things generally tedious. But, of course, I am nevertheless tempted to vent my frustrations at the world in some kind of story, anyway. This story would be ugly and unkind, I have no doubt. It wouldn’t really be the kind of story I want to be a part of. But it’s still there, gnawing at the edge of my imagination. Write me, it growls, let me out.

I don’t, though. Because I’m not ready yet. Anger, you see, isn’t enough. You can’t write a story that’s nothing but anger and expect it to work. Not enough range for a novel, too crass for a screenplay, and too on the nose for a short. I need something else. I need the hope that tempers the anger, I need the calm rational voice to make the story more than just a primal scream of rage. I need the voice of civilization.

I’m still trying to find it. I guess that means I’m still too angry.

Or maybe I’m wrong. Maybe I should just let loose.