Well, Graphic Audio keeps rolling along, releasing further books in The Saga of the Redeemed! Right now you can get your hands on both No Good Deed and Dead But Once (books 2 and 3) and I have on good authority that the final book in the series – The Far Far Better Thing – will be releasing soon (in two parts). 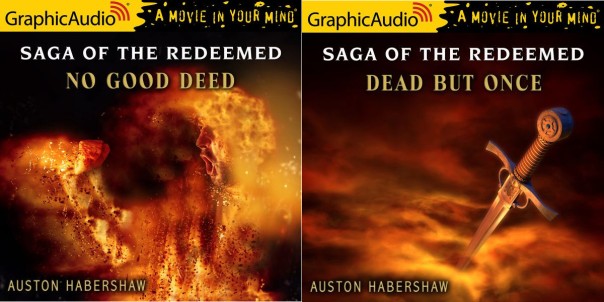 Check them both out!

Zombies Need Brains has asked me to be an “anchor author” for their new and upcoming anthology, When Worlds Collide. Here’s the skinny on that one:

Throughout history, different cultures have collided in different ways, whether it be the peaceful contact between Rome and Han China in the second century that established the Silk Road, or the more violent interactions between Europe and the Americas thirteen hundred years later. Such first contact stories have long been a staple of speculative fiction. The stories featured in WHEN WORLDS COLLIDE will continue this long tradition as the authors explore the myriad ways in which two cultures—alien or fae, machine or human—can clash. Will the colliding societies manage to peacefully coexist after they finally meet? Or will they embark instead on a path of mutual self-destruction? Find out—WHEN WORLDS COLLIDE.

Edited by S.C. Butler & Joshua Palmatier, WHEN WORLDS COLLIDE will contain approximately fourteen stories with an average length of 6,000 words each.  Anchor authors include:

They will be running a Kickstarter soon to fund the project – I’ll of course be promoting it here. In the meantime, you writers out there should start sharpening your short fiction game and submit to this and the other anthologies that ZNB has coming up. I’d love to share a table of contents with you all!

Thanks, and I’ll be posting again soon!