Hey, Somebody Just Gave Me a Prize! 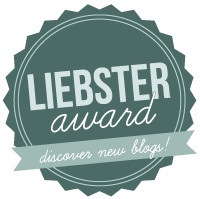 So, I just was nominated for the Liebster Award for small blogs by Smash of Smashing Through Life. This is such a nice gesture, as I feel my dusty little corner of the internet doesn’t really get a whole lot of attention, and it’s always nice when someone stops by to pay me a compliment. This thing doesn’t come with any prizes or fame or fortune, but that’s okay – it’s a nice way to connect to the rest of the blogging community, anyway, which is something I rarely do. Anyway, here we go with the festivities:

1. Thank the Liebster Blog presenter who nominated you and link back to their blog. That’s easy enough. Thank you again to my friend at Smashing Through Life

3. Nominate 11 blogs who you feel deserve to be noticed and leave a comment on their blog letting them know they have been chosen.

5.  No tag back thingy’s. (Which I assume means that the people I nominate can’t just re-nominate me?)

Now, my answers to Smash’s Questions:

Depends on my mood, really. Usually over-easy, just a tad runny, with a bagel or English muffin. I also eat Hard Boiled with a bit of salt and a bagel.

I really haven’t been to a lot of non-classical concerts, actually (hold on and let me adjust my pocket protector). I would say the best concert I went to was a thing at Boston’s Symphony Hall last year that featured a bunch of young up-and-coming artists (of whom my daughter’s babysitter was one) and was followed up by Steve Martin’s bluegrass band. Good times.

The nightmares of a thousand wayward children, condensed and made solid by weighty tread of centuries in the dark. Or my dog. Yeah, probably just my dog.

Tough one – I’ve read a LOT of bad books. I’m going to go with a controversial choice, since this book consistently gets me into a rant: Push by Sapphire (which I read years and years ago, long before the movie, which I’ve never seen) was a *fantastic* book for the first three quarters or so of the narrative and then Precious just stops being in it and her voice is gone and we’re reading stuff from the point of view of the other kids in her class. WHAT THE HELL IS THAT CRAP? Drives me absolutely bonkers that the protagonist just vanishes from the novel like that, left more-or-less mid-conflict (or at least I don’t recall any kind of denouement, not even an incomplete one).

I’ll give an honorable mention to Portrait of a Man Unknown by Nathalie Sarraute, as it is a novel without any proper nouns. That’s right, you heard me.

Don’t own an iPod. Weird, right? The music I probably listen to most often is various movie soundtracks – O Brother Where Art Thou, Conan the Barbarian, etc..

I do not, thus I hardly ever go to the movies anymore. Le sigh. I see things at home usually 1-3 years after they come out.

I don’t drink, so this has never happened to me. I did get drunk once as an experiment, just to see what it was like. According to my girlfriend (and now wife) who was present, I’m a lusty drunk.

“I hope the Pacific is as blue as it is in my dreams.”

I really don’t know. Nothing I’ve ever done sticks out to me as being particularly brave, or at least not that I consider so. I once recovered a runaway sailboat by being dragged behind it for a couple miles. I want to become a professional novelist. Those things, I guess, are brave after a fashion.

Here are my questions:

2) If you could visit any period or place in history, where would it be and why?

4) If you were President of the United States, what would you do with your power first?

5) What is the coldest day you remember?

6) What’s the scariest movie you ever saw?

7) Who do you think is the best actor/actress currently alive?

8) Your ideal Thanksgiving/holiday meal would contain which foods?

9) If they sold flying cars, would you want one?

10) Who do you think will conquer whom: Do we conquer the aliens, or do the aliens conquer us?

11) If you actually had the One Ring in your possession, which of your friends would you give it to because you know they wouldn’t be corrupted by it?

Now for my nominations. The thing is, I really don’t read a lot of other small blogs (shame, shame), so I don’t know that I’ll get quite 11 of them. Here it goes, though:

That’s all I got! Thanks again, Smash (insert bow here).