Yes, You Will Be Rejected

You will be rejected if you write.

Yes, even if it’s brilliant.

Yes, even if you know the editor and are the bestest friends.

Yes, even if you work really hard.

Yes, even if you have published before.

You will be rejected if you do anything.

Apply for a loan.

Try to get a job.

…a parent, a teacher…

You will get rejected even if you get back up again, over and over and over, until your bones hurt and your heart feels hollow and you doubt your very soul.

You will be rejected now. And in the future. You will realize that scraps of hope you have clung to are just so much flotsam marking the place of past rejections you refused to see.

It will hurt. Perhaps less and less after time, but still some new rejection can be sharp enough to draw blood.

So maybe you can quit, you think. Escape the rejection.

But it’s still there. Always there. You can’t quit the world, and the world is made of the word No.

But not just No,

there is Yes, too. Atop the mountainous rubble of No, the towers of Yes stand. 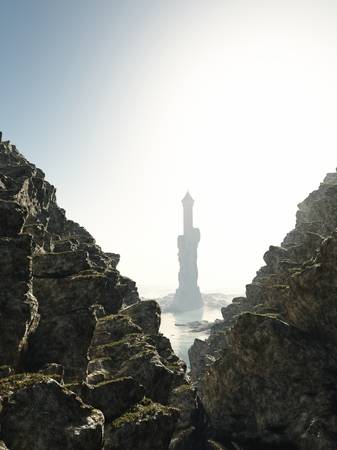 The Breaking of Fellowship 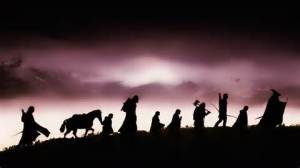 They all have to go their separate ways eventually, right?

The truism is this: all good things must come to an end. We like to think that our current happiness or contentment is permanent, but nothing is permanent. Friends move away, loved ones die, prosperity fades, possessions are destroyed, philosophies are undermined – everything upon which we often base our idea of happiness is transient. Gaming, as it happens, is no different.

I organize my gaming life into several epochs. First was Junior High through High School, known as the D&D Epoch. I ran 5 campaigns; I played in 5-6 or so, plus innumerable one-shots and campaigns that never got out of the first session. It was mostly the same 6 people. We lost a few along the way, gained a few. Then college drew us to different states and we moved on to ‘real life.’ I looked back on those days while in college, feeling like I hadn’t yet fully capitalized upon what RPGs could do and wishing I could try again.

Then came the Pelham Epoch. Some friends of mine – all gamers and nerds – moved to this apartment in Arlington that became our gaming Mecca. I ran 5 campaigns there and played in 2-3, plus again the innumerable one-shots. This was my gilded age of gaming – a bunch of unmarried adults with no kids and few obligations getting together every week for tons and tons of geekery. It seemed like it would last forever. Of course it didn’t – people moved away, many of us got married, many of our jobs became more and more intrusive into our lives. Some of us just tired of gaming altogether and pulled back their involvement. The Fellowship was broken, to borrow Tolkien’s idiom.

What followed is the current epoch, which I have taken to calling the Diaspora. The once great gaming group is scattered and occupied with other things. Games are happening, but not all in the same place and often without our collective awareness. I know there’s 1-2 campaigns going on that I’m not involved in, but unlike in the Pelham days, I know nothing about them. I don’t hear the stories. I don’t pass through the room while the fun is happening. I never spectate. I’ve run 6 campaigns in this era and played in 1. Lots of one-shots, too. The gaming is as fun as it ever was, but rarer and more constrained by time and distance. Gaming has drifted down the priority list for most, coming in a distant third or fourth behind things like family, work, and other ‘grown-up’ activities.

This epoch, also, is moving towards its end, I feel. I don’t know what the change will be, but it’s in the wind. I grow frustrated with how difficult it is to arrange a game, with how hard I need to work to get my friends in one room again. It spoils a fair amount of the fun for me. I feel like some kind of weirdo, bugging people who don’t really care anymore to play games they pretend to like in order to assuage my ego or something. I can’t emphasize how much I hate that feeling. It makes me angry sometimes, and none of this should involve anger, ever.

So, where is all this going? Well, I could talk about gaming-as-metaphor for life, but that seems grandiose. Let me just say this: enjoy the moment, be there for your friends now.  They may always be your friends, but they won’t always be sitting in your living room eating popcorn while slaying a dragon. Nothing lasts forever.

All About Getting There Along the Way

The journey is a sacred trope in the fantasy genre. It dates all the way back to the Odyssey, or perhaps even earlier – the hero’s journey as mirrored in their physical traverse across the hills and dales of their world. Where would fantasy and science fiction be without Frodo’s quest into Mordor, Taran’s quest for the Black Cauldron, Paul Muad’Dib’s journey into the deserts of Arrakis, and so on and so forth?

The hero’s journey, be it quest or ordeal, mirrors something essential in each of us. The metaphor for life here is implicit – hell, occasionally it’s explicit. With every step, we change. Not so many journeys end precisely where you expect them to. As Bilbo once said:

It’s a dangerous business, Frodo, going out your door. You step onto the road, and if you don’t keep your feet, there’s no knowing where you might be swept off to.

When we’re young, especially, this journey seems large and imposing. As we grow older, it changes – our journeys still seem long, but less terrifying. Mystery overcomes majesty; we get lost within our own lives, searching for that magical trinket that got us out here in the first place. Maybe we find it, maybe we don’t. In the end it hardly matters.

I’m in the midst of writing a sequel to a novel I haven’t even published yet. It’s perhaps foolish of me, a waste of my time. Yet I cannot help it; Tyvian Reldamar’s story speaks to me on many levels. Alandar occupies such a defined shape in my mind, it is as though I have lived there. How could I not want Tyvian to wander its wagon-rutted roads and gleaming spirit engine tracks, pondering the possibility and necessity of his own redemption? So, I have spent the past 100 pages guiding him across the fractured counties of Eretheria, hatching his plans and keeping ahead of his responsibilities, his friends in tow. His journey is one that asks just how long can we skate through life before deciding to make a stand. Before deciding that something does matter to us and that something in this world is important enough to fight for.

That’s not all it is, though. No journey is so single-minded, just as no college road-trip is ever really about where you’re going. It’s about the friends you take with you, the stories you tell, the secrets you keep among yourselves, and the way you change your perspective on things. To watch Frodo get worn down by the weight of the One Ring is to also watch Sam rise up and grow strong. Conan’s quest for greatness is eclipsed by his longer, more difficult quest for wisdom and understanding. It does not come with the crown of Aquilonia, nor with the loss of that same crown. It comes in the small places, in the quiet moments. It is not in the achievement, but in the struggle.

This, too, can be said of my own journey. This novel I write, the stories I publish, the queries I send – this is the time of growth, of change. This is where it counts. All of us have such journeys, and we must make them. Step out that door; see where you are swept.