For me, my most important productive period is during the summer, when I am not teaching, not grading tons of student work, and not prepping for my four classes each semester. From May until late August, I write as much as I possibly can (while also doing some work for my day job, but that doesn’t involve teaching or grading).

I get a lot done in the summer. I just have to watch the altitude of my colleagues’ eyebrows steadily rise as I tell them how much I’ve done. But it never feels that way to me because there is so much I have left undone.

So, in the interest of enhancing my own sanity, I am going to list off the things I have completed, sold, or published this summer. This is not meant to make people feel bad about their own production – just remember that I produce just about nothing between the months of September and April, and hopefully you’ll feel better.

Blog Posts: I’m not sure how many, but about one a week – so perhaps ten of them? They average about 1000 words apiece, too.

1 Novelette: “A Crystal Dipped in Dreams” in the July/August issue of Analog

2 Op-Ed Pieces: the one mentioned above in Analog and one of the ones in Stupefying Stories. The second one for Stupefying should be out soon.

1 Flash Story: “What the Plague Did To Us” to Galaxy’s Edge 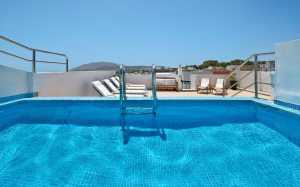 Like this, but with me running dialogue in my head.

But the fall is returning. I’m getting e-mails talking about syllabi and meetings I have to attend. The real world is invading again. I may be able to tick these numbers up a bit more before the end, but not by much.

But that’s okay. I’m still working. I haven’t failed to do anything I set out to do this summer. And there’s always semester break and next summer. Anything I didn’t finish will keep. I press on.

Maybe your word count is lower than mine, and maybe it’s higher. But the whole point here is that it isn’t about word count. It’s about setting goals and achieving them and being satisfied with yourself. I struggle with it – all writers do – but you need to take the time and appreciate what you’ve done. Give yourself permission to congratulate yourself. You deserve it.

Now, back to writing.