The Poetry of Profanity

I’m midway through Scott Lynch’s Republic of Thieves, and the more I read, the more I grow to appreciate Lynch’s command of vulgarity. For those of you who haven’t read any Lynch, his Gentlemen Bastards series is, for my money, one of the if not the best fantasy published in the past ten years or so. It is, essentially, the Sting/Ocean’s Eleven, but set in a fantasy world reminiscent of the Mediterranean world during the Italian Renaissance. Good stuff.

As his many of Lynch’s characters are thieves, con-men, and inveterate criminals of the lowest sort, they swear a lot. But as these are so often very clever thieves, con-men, and inveterate criminals, they swear artfully. The words ‘fuck,’ ‘shit,’ and ‘asshole’ are masterfully crafted into some of the more colorful and amusing metaphors I’ve encountered. My recent favorite is this phrase, spoken of a boorish, arrogant, stupid ass of man who has ruined the lives of numerous people:

I wouldn’t shit on his head to give him shade from the sun.

Just bask in the layers of that metaphor, would you? Let it wash over you. I’m telling you, for all its vulgarity, it’s beautiful. When I initially read The Lies of Locke Lamora (the first book in Lynch’s series), I felt as though the profanity was a bit overpowering. He was overplaying the card, I felt, and going from clever and edgy to merely crass. Now, though, either Lynch is growing on me or he has mellowed and tempered his f-bombs into something more than simply shocking. They are evocative epithets, laced with emotion, that give the reader a front-row seat to the seething tempers of Jean and the outrageous frustrations of Locke, as well as all the other raw moments of all the other colorful characters inhabiting Lynch’s dirty world of crime and skullduggery. 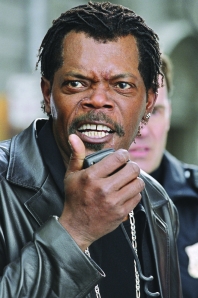 Pictured: the patron saint of profanity

There is something to be said for swearing. The proper curse at the proper moment is the naval broadside of the spoken word. It has power and depth and feeling. If used cleverly, the word ‘fuck’ can paint pictures lesser words would have to work very hard to match. In Hyperion, by Dan Simmons, the poet Martin Silenus delivers his part of the narrative with a profanity-laced tirade against the world. The first lines read:

There’s a rhythm there – a poetry, if you will – I find important to the timbre of Silenus’s voice. There’s a kind of electricity in it, and not because I’m ‘shocked’ by bawdy language – I’m from Boston, so trust me when I say I’m used to it. Rather it is because the word ‘fuck’ and its weaker cousins is a word that does not hide any of its meaning. It is bare and raw; it cannot be misunderstood.

Now, am I saying that science fiction or fantasy stories/novels don’t swear enough? Well, sort of. I do feel that the genre, as a whole, is needlessly bowdlerized to be ‘suitable for children’, even though so much of the genre is not intended for the tender ears of true children, but rather for the teenagers and adults that make up the majority of the audience. If you don’t think those folks are acquainted with a  few swears, then I have some shocking news for you.

Of course, profanity just for the purpose of being profane isn’t a good idea – there is no call to be offensive needlessly. Profanity needs to serve an artistic purpose, as absurd as that sounds. Also, there will always be people who will jump all over you for even the mildest transgressions (I’ve been scolded for saying ‘goddamn’ before, which I find pretty hilarious, honestly). Of course, folks whose ears are that tender are going to be offended by a wide swathe of things and trying to please them is like trying to get that guy who only likes cheese pizza to try a slice of sausage and pepper – it’s a waste of your time and, ultimately, it’s their loss.

In the end, cutting out a whole segment of language that is used and used often by lots and lots of people is sort of like tying one hand behind your back. I say learn to use the hand, get it to work for you, and there is some real magic that can happen there.