The Music in the Words

Recently finished The Name of the Wind by Patrick Rothfuss (loved it, by the way – highly recommended). In it, music and, in particular, songs play an important thematic and stylistic role in the tale. Among his many other achievements, Kvothe is a musician second to none and the Four Corners of the World are awash in stories and ballads, many of which are set to music. 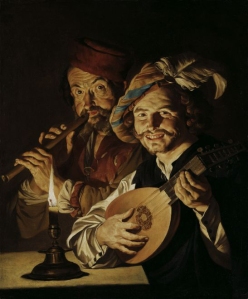 It’s been a while since I’ve seen a contemporary fantasy novel incorporate the lyrics of songs into the text, and I enjoyed it, in general. Rothfuss is far from the first to do this and will not be the last, but the inclusion of the song lyrics in the tale reminded me of an old frustration I had with this technique: I wish I could hear the music. To Rothfuss’ credit, he frequently describes songs rather than simply transcribe them and, when he does include the lyrics, it is usually because the lyrics are important in and of themselves – they illuminate aspects of the world, give us hints into Kvothe’s next move, and so on. It is, however, very difficult to hear the music, since music is not easily described. At best, what we can get is a sense of rhythm and, perhaps, be treated to particularly evocative poetry (though few fantasy authors are also fine poets). Music is, of course, something far, far beyond that. There’s nothing Rothfuss (or anyone else) can really do about that.

Take this classic example from Tolkien:

By water, wood and hill, by the reed and willow,

By fire, sun and moon, hearken now and hear us!

Come, Tom Bombadil, for our need is near us!

This song, taken from the chapter “Fog on the Barrow Downs” in The Fellowship of the Ring, has rhythm, has a degree of vivid imagery, but can you actually make a tune? Maybe, yes, but it’s a tenuous thing. You’re grasping at straws. You have no idea of key, tempo, or how the melodies and harmonies interact. It’s interesting, yes, but it’s also frustrating to me. I feel like I’m not in on the joke.

Now, I’m not proposing that authors need to provide sheet music or anything like that. I honestly like songs when they show up in fantasy – they give the world a life and vibrancy beyond the characters’ immediate experiences. I’m just saying that there’s an extra mile that can’t be traveled in text. This is why I’m unreasonably pleased that the upcoming Hobbit movie is going to include the dwarves singing “Far Over Misty Mountains Cold” and they appear to have given it the feeling of a dirge, which it is. Love it. I only wish all the music of those fantastic worlds could be given the same treatment!

In closing, and for no reason whatsoever than I find myself humming this song on occasion, is a song I wrote for my own fantasy setting, Alandar. It is a march, and is intended to be rhythmic and loud. Imagine a column of a thousand men braying it at the top of their lungs as they march in time down a long, dusty Illini road, General Conrad ‘Mudboots’ Varner at their head, their pikes set on their shoulders as they head towards the distant deserts of Kalsaar and, likewise, march to their glory.

(refrain)
But when arm in arm
with our brothers (HEAR HEAR!),
And fightning ‘neath the Elk and Star,
We know that we are
the finest near or far,
Make Way for the Army of Galaspin!

Oh my, oh my,
We’re marching off to die,
And none of us
will curse or ‘cuss
when in the dirt we lie!

But when arm in arm
with our brothers (HEAR HEAR!),
And fightning ‘neath the Elk and Star,
We know that we are
the finest near or far,
Make Way for the Army of Galaspin!

But when arm in arm
with our brothers (HEAR HEAR!),
And fightning ‘neath the Elk and Star,
We know that we are
the finest near or far,
Make Way for the Army of Galaspin!

So I’ve been reading Michael J Sullivan’s novel Theft of Swords in between epic bouts of pre-semester preparation and a titanic move that seems endless. The story is passably engaging, the characters fairly familiar takes on the same old tropes, and has a few winning moments. I’m not sure if I’ll be reading any further in the series after this one, but it has got me thinking about a particularly onerous and prickly aspect of writing science fiction and fantasy–exposition.

One thing I like about spec-fic is the immersion in a new and alien world (I describe this affection in more detail here). When you first start reading, you don’t understand the world, its rules, its history, its culture–nothing. You need to learn this as you go. Furthermore, the more intricate the plot and the more convoluted the intrigue, the more work the reader needs to do to figure out what’s going on, what the stakes are, and where the tension lies. The way writers need to help the readers along is with the use of exposition. The funny thing is, though, is that exposition is atrociously boring to read. No matter how necessary it is (and in a fantasy novel, it is very necessary), reading giant walls of text wherein the meaning of this or that thing is revealed is, well, dull. If you’re anything like me, you start hearing the voice of the teacher in all the Charlie Brown specials (“wah wah, wawah, woh WA wa wah”). Anybody who’s read The Fellowship of the Ring probably knows exactly what I’m talking about–those two chapters in the middle (“Many Meetings” and “The Council of Elrond”) are DREADFUL reading. I think I’ve read that book four or five times now, and I still nod off during those things.

It’s easy, as a writer fully invested in your own fantasy world, to forget how boring exposition is. We sort of expect 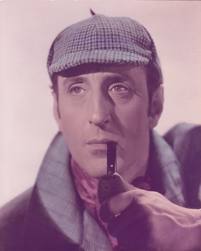 everybody to be as fascinated in the minutiae of our imaginary kingdom’s foreign trade imbalances and pottery exports as we are. We need to remember that this isn’t so. I could go on and on and on about the politics involved between the Guild Lords and Barons in the Duchy of Galaspin and how this has affected the history of Freegate, but I know none of you really, truly care. The reader only cares insofar as it is related to the story, and that’s it. My primary problem with Theft of Swords is how often the bad guys sit down, drink brandy, and spend pages after pages chatting aimlessly about their stupid plans–conducting conversations no real person would ever have–simply for the obvious and naked purpose of making sure the audience is keeping up. Ugh.

So, if you’re writing fantasy and you need lots of exposition to get people on the same page as you, but exposition kills reader interest, narrative momentum, and dramatic tension, how, then, do you do it well? Well, keeping in mind that I’m just a poor unpublished author with an MFA, here are my humble suggestions:

So, there you have it. Those are my rules, as they stand. I think I’m following them, but it’s not easy. Exposition is a delicate balance that even the best fantasy or scifi authors have trouble handling. It is, arguably, one of the most challenging aspects of the genre.